Three of the most important characteristics of Japanese culture are harmony, humbleness, and hospitality. Nearly everything in Japanese life revolves around these, and the Japanese strive to maintain it this way. Actually, they can take offence at arrogant or overconfident behaviors because Japanese people avoid confronting or complaining. All this is due to influences from three main religions: Buddhism, Shintoism, and Confucianism. 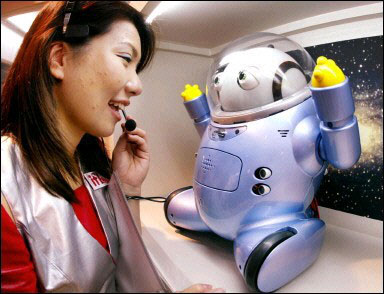 Japanese highly value personal relationships. Without your establishing and maintaining appropriate relationships, most doors will be locked to you.

Always use an introductory contact when dealing with Japanese to avoid being rude; make sure the intermediary is well briefed on the accomplishments of your company. The intermediary can sing your praises as well, as self-promotion doesn’t work, so never boast or brag about yourself. Japanese want to get a feeling about you and your company before associating with you, and they follow their gut feeling rather than logical rationalization.

They need to perceive loyalty in you. In most Asian communities, priority is given to connections rather than your transparency or auditing. In Japanese companies, decision-making is centralized, and corporate direction is often determined by opportunity.

Never address a person by his first name; always use the person’s surname followed by the honorific “-san” for either sex, or “-sensei” if talking to a doctor or a teacher. For example, you would address Mr. or Ms. Fujimoto as “Fujimoto-san” to show respect; you would address a teacher as “Fujimoto-sensei” (pronounced “SEN-say”). If a Japanese person allows you to use their first name, you still add “-san” to their name; for example, a woman named Yoko would be called “Yoko-san.”

Business cards (meishi) must be given to every person you meet, so always carry some in your pocket. Your card should clearly state your title, so they know your rank within your company. When you receive someone’s business card, use both hands to hold it, and read it carefully to show respect. Do not write on their business card.

One of the most common actions you will notice in Japan is bowing. It is such an automatic act for the Japanese that sometime they bow even when talking on the phone! Bowing is used in introducing someone, in showing sympathy or gratitude, and in apologizing as well as in showing agreement or acknowledgement.

Remember that hierarchy is very important in Japanese society. When introducing people from your company, always start with the the persons who are higher in rank. However, the first contact between organizations is usually made by the person at lower rank. This means that in negotiations between business organizations, the respective lower-rank employees contact each other first, before the negotiations between higher-rank employees begin.

Japanese do not trust smooth talk or people who talk too much. In most cases, Japanese do not get to the point straight and tend to beat about the bush. Getting straight to the point can be considered impolite unless the person you are talking to prefers to do so. Be indirect and aware of miscommunication. For example, instead of saying “no,” a Japanese person would tell you “maybe” or “that may be difficult.”

Most of the time, you have to expect some difficulties in English communication, even if there are at least a couple of employees in any office who know basic English. Be particularly aware the word yes (hai) should be interpreted as “that’s right” and the word no (iie, pronounced “ee-yay”) as “that’s wrong,” otherwise negative questions can be a real problem. “Iie” can also mean “don’t mention it” in reply to an apology for being late, a thank-you for something, or when receiving compliments.

Remember that the Japanese write dates starting with the year; therefore, the order is: year/month/day. Avoid jokes or unserious behaviors, as they can be offensive. Control emotions and facial expressions; it is a sign of strength. Japanese are very formal and controlled. A few gestures of Western societies can be seen as disrespectful, such as crossing the legs too widely, keeping eye contact for long, and wearing untidy clothing.

Some small talk about the weather, children and education as well as the Japanese country would be well appreciated. If they ask you something that is too personal, give a vague response. Generally speaking, you should spend some time to get to know each other before you begin talking business.

Gift-giving is an important part of Japanese culture. Gifts are widely accepted in business meetings, when asking favours, or even to apologize.

Choose good brand gifts such as sport items or desk accessories. Giving flowers is not advisable, as there are so many rules about flower giving. Gifts must be wrapped, but there are rules about colours and ribbons, so have a Japanese store or hotel wrap gifts for you.

Remember that sharp objects and even numbers are considered unlucky; especially avoid the number four (it means death). When you give or receive a gift, use both hands. Bear in mind that in Japan it is considered rude to open a present in front of guests. Japanese write thank-you cards or letters when receiving presents.

The first Japanese settlers in Australia worked in the pearling and sugar industries. At the end of World War II most of the Japanese living in Australia were deported to Japan, and they were only allowed to re-enter after the lifting of the “White Australia Policy.” They are a relatively small group of migrants.